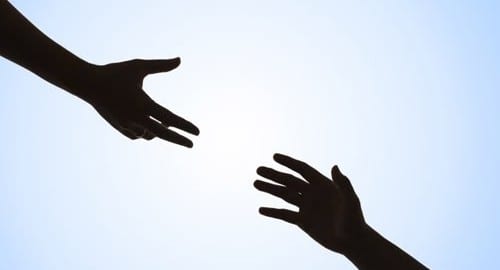 While it is possible to become more socially confident individually by various means, for instance by practising in front a mirror, so on and so forth, in today’s article, we will be exploring social confidence as a team affair. Why? Because teams form a social support system for members in the professional setting:

We often choose not to conflate personal with professional, because of the opinion that these two should remain mutually exclusive. However, to what extent is it possible to turn a blind eye and deaf ear to a teammate in distress, and leave him to settle his personal problems by himself? Frankly, even if we not want to get involved, we will inadvertently get drawn in, because his behaviour will have an effect on the team.

Thus, the question which begs to be asked: why later and not now? Intervention tends to take place only when other members feel that the team’s dynamics are being affected. However, if intervention is inevitable, why not initiate it from the start in order to avoid any adverse effects from occurring?

In a way, a team thus has a social and moral obligation to look out for and take care of its constituent members. This translates into a large potential in terms of boosting the team’s motivation at work, as well as its resilience in the face of hardship — a well-bonded team is more likely to weather through difficulties than a team where individuals act individually without heeding others.

But why call it an ‘obligation’? Would it not be better if the members simply decide to look out for one another out of the goodness of their hearts? In our opinion, indeed a team should operate based on mutual care and concern, and not on individual interests. However, by making it an obligation to offer help to those who need it, it becomes easier to break down the walls which exist between people, and facilitate the formation of bonds, emotional bonds which initiate the care and concern that we want to have in the workplace.

So what exactly does this have to do with social confidence? By now it should be well established that an ideal team acts as a social safety net for its constituent members, providing encouragement, comfort, consolation, and joy. Therefore, in terms of social confidence, a good team helps its members by pull its members out of their cocoons, by creating a positive climate which promotes openness where people can voice their opinions, argue their cases, and release their inhibitions, all without being put down or judged.

But in order to tap into this potential, it is first necessary for the members of a team to come together and decide that they will do whatever they can to make the experience working in the team a fruitful and memorable one. Is your team up to the challenge?

Motives: A Game of Truth and Deception

Never Give All the Heart, For He Gave All His Heart and Lost.
Scroll to top
Get a Free Quote
Guided Event Program
Professionally Facilitated Event
Expert Facilitated Event
Be the first to be informed
Large Event >150 Pax
Get A Free Quote
In-A-Box Contact Us
Copy link
CopyCopied
Powered by Social Snap