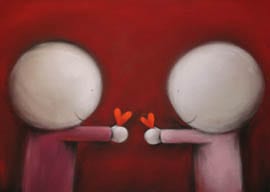 “To long a sacrifice can make a stone of a heart” — W.B. Yeats

Whether we do it willingly or otherwise, it is the unfortunate truth that we often have to make sacrifices for the company we work for. Such sacrifices can take the form of time, such as having to work on a non-working day such as on a public holiday; or they can be monetary, such as having to purchase meals for the team when pulling all-nighters. However, although such sacrifices are inevitable and will have to be made by an employee at some point of his life in an organisation, it should be noted that there are times when the demands of the company are simply too unacceptable to the individual, and if made, are done so grudgingly. Thus, in this article, we will be discussing how to negotiate the demands our companies make of us, and how to better be able to handle them.

Now, to begin, there are three kinds of employees where sacrifices are concerned:

Majority of people will fall under the third category. In fact, it is better to fall under there than the other two. After all, the one who cannot refuse exposes himself to long term risks- say yes but fail to deliver, and you are deemed incompetent. Succeed, and you are going to be overworked. On the other hand, the person who refuses to make sacrifices becomes labelled as self-centred, untrustworthy, unreliable, and before long will either stagnate since he will no longer be given opportunities, or face retrenchment. Thus, it is better to find a balance between these two in a way that maximises one’s opportunities.

To achieve this balance, here are some tips:

In the event that the company’s demands are deemed to overstep the boundary between being socially acceptable and tyrannical, then it is best to refuse to make the sacrifice. However, it should be done tactfully, in a way that no one is left feeling offended or bitter. In fact, you may even want to explain your reasons for refusing to make the sacrifice, so that the company is able to understand your side of the argument.

What do you think? Have you any other pointers to give? Leave your comments in the section below.